The Watseka Mill Site and Mine Site is located in the Rochester Mining District is located approximately nine miles northwest of Twin Bridges, Madison County, Montana, on the east slope of the continental divide. Primary access to the mine site is via county roads leading from State Highway 41 at Twin Bridges. The highways are maintained throughout the year by State and Federal funds.

The Rochester or Rabbit mining district was discovered in the 1860s when outcroppings of rich, oxidized gold ores were found on Watseca Hill on the south slopes of the Highland Mountains northwest of Twin Bridges. By 1869, eight hundred men lived in tents and log cabins on the surrounding hills. The Watseca lode, which was discovered in the 1860s, was the key to the region. The region was too dry for successful placer mining. A ten-stamp mill, built in 1868 at a cost of $34,000, cleaned up $15,286 in gold in nine weeks. By 1871 mining declined as the free-milling gold was nearly  exhausted.

The passage of the 1872 mining laws gave lode mining a shot in the arm by revising antiquated claim laws based on placer mining. Lode mining was revived in the district in 1873 with the successful operation of the Day, Julia Homes, Pavcippa, and Watseca mines. By 1880, mining was back in full swing with many new claims operating. By 1896, F.R. Merk owned the Watseca mine, the largest property continuously operating within the district. Through lessees, free-milling gold averaging $30-75 at ton was recovered. The Buffalo mine, which adjoined the Watseca, was also extensively developed. Although gold was the prevailing deposit in the area, lead and small amounts of copper were also found. To treat these varied ores, concentrators and small lead smelters were built in or near the town (Swallow 1891; Sahinen.1935; Wolle 1963).

The period of greatest activity was from 1898 to 1905 when the Watseca was in full production. The district produced gold ore valued at several million dollars , as well as appreciable amounts of lead and silver. At this time the population of the town of Rochester reported rose to 5,000. Stamp mills, chlorination mills, and other types of concentrators, as well as lead smelters were built in the district. The increased cost of labor and materials cut production profits to such an extent that by 1906, only eight mines continued to operate. Owners began to sell off their properties or to abandon them. By 1907 the district was almost deserted and remained so until 1926. A brief three year boom resulted from production on the Emma, Colusa, and Jack Rabbit claims, as lead-silver properties. A mill, erected at the Emma mine by the Butte Madison Mines Corporation, ran until 1932. Since then the district has lain dormant (Winchell 1914; Sahinen 1935; Wolle 1963).

In 1902, the mine was described as having two shafts. The vertical shaft was 300 feet deep while the inclined shaft was 650 feet long. Steam hoists extracted the high grade gold ore from the shafts. Low grade ore was treated at the old Thistle mill while the high grade was transported directly to the smelter. The Thistle mill treated 50 tons per day while leased by the Watseca Mining Co. The pumps were used to drain the lower levels of the mine. (Byrne and Hunter 1898; Winchell 1914). The mine was ultimately developed by the Watseca vertical shaft which reached 600 feet and the Goodale inclined shaft which was 450 feet deep, but connected to the 600 foot level by a raise. There were four main levels at 185, 272, 402 and 600 feet. Other shafts on the Watseca vein including the Farlin, Tripod, Stacey, Climax extend for a distance of 2,400 feet. In addition to the Watseca vein the Alameda, the Gold Bug and the Van Dusen veins are also exposed in the mine (Sahinen 1939). In 1974 a modern custom plant was erected on the old Watseca mill site. This mill worked ore until 1980 (McClernan 1981). 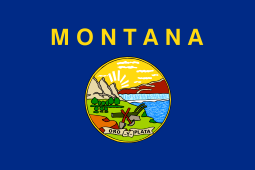 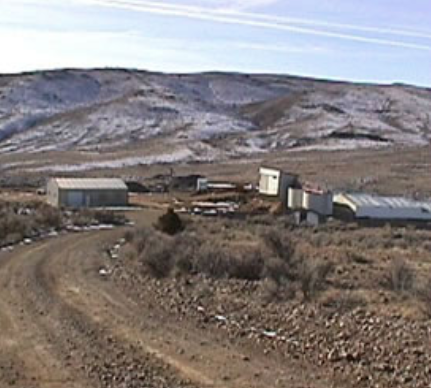 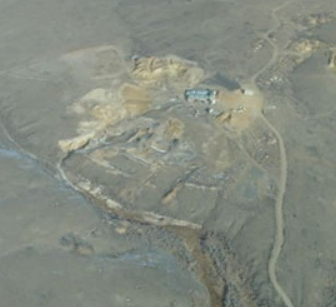 Geologically, the district is composed of fine grained gneisses and mica and hornblende schists of Archean age. Sills and dikes of aplitic granite have been intruded roughly parallel to the banding in the metamorphic rocks which in general trend northeast and dip 15-40 degrees to the northwest. Stocks of diorite and andesite flows are also present in the area east of Rochester. Basalt flows occur to the west. The main body of the Boulder batholith is exposed a few miles to the north and the igneous bodies of Rochester may be upward reaching fingers of the main bodies which may underlie the whole region (Winchell 1914; Sahinen 1935).

The ore deposits are in well defined veins which usually strike north or northeast and dip steeply to the west. The veins are associated with the granite dikes. They are commonly narrow but locally very rich. A few veins are wide and of low grade. Most veins are valued chiefly for their gold content but some are silver-lead veins. The ore minerals include: native gold, argentiferous galena, cerussite, malachite, chrysocolla, pyrite in a gangue of quartz. Vanadinite and exdemite have also been reported (Winchell 1914; Sahinen 1935).

Plans for the Watseca mine and mill site will include an reclamation program, geological mapping, geochemical sampling, trenching as well as diamond drilling. Work is planned and subsequent to surface geological work, a diamond drilling program of approximately 4-6 drill holes is planned to test the vertical extent and gold values of the main vein zone below the 600ft level. If drilling is successful then a more extensive program will be carried out to test for possible vein strike extensions of the main mineralized vein structure to the Northeast and Southwest. This second phase of drilling is estimated to be about 4-8 drill holes. 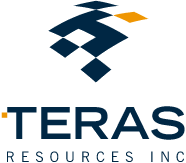